The Bible was originally written over a period of about 1500 years. The Old Testament books were written from the time of Moses (a little later than 1500 B.C.) until the time of Malachi (around 400 B.C.). The New Testament books were written over a much shorter period of time, from the 40s A.D. until sometime near the end of the 1st century.After the books of the Bible were originally written, however, how did they become the Bible? I suggest that it is helpful to think of the formation of the Bible in five stages:

When the Bible was written, it was always written in the context of the Church, either the Old Testament Church, which was Israel, or the New Testament Church. For example, the book of Genesis was written by Moses for the people of God at the time of the giving of the Law and the deliverance of Israel from Egypt.

Transmission – After the original manuscript was written, each book of the Bible had to be faithfully transcribed, or copied, so it could be passed down to other generations and circulated more widely. This copying of the Scriptures was done in the context of the Church: for most of history, no one would have had the Scriptures except the Church and church leaders.

What is most important to know is that if there were no Church, we would not have an agreed-upon Bible today.

Translation – Early on, the Church translated the Bible into vernacular or local languages. Unlike the Koran, which is theoretically only the Koran in Arabic, Christians believe they truly have the Word of God in the Holy Scriptures, even when translated. Until the twentieth century, the Bible was translated and published by the Church.

Interpretation – Even though you can and should read your Bible, it needs to be interpreted. God has given special authority to the Church to guard the Scriptures by faithfully interpreting them. Jesus gave His authority to His apostles, such as St. Paul, who passed on this authority to men like Titus and Timothy.

So, this is how we got the Bible that you read today. 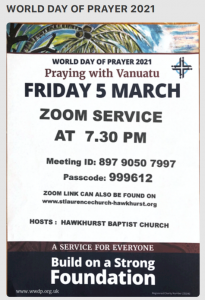